Discovery of a superb wartime sketchbook from a century ago – personal insights – but who was the artist?

The khaki coloured sketchbook measuring 10” x 7” (26cm x 18cm), containing good quality velum drawing paper, looks as one would imagine such a book would be which had travelled from one war zone to the next, hurriedly pushed into rucksacks or travelling cases as its young owner campaigned across the rough terrain of the Balkans in the First World War. 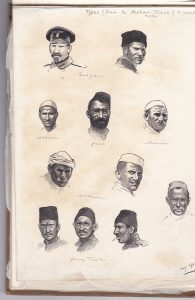 Bulgarian, Albanian, Greek, and Turkish faces from across the region – dated 1917

As a junior officer in His Majesty’s Royal Regiment of Artillery, 2nd Lieutenant H.W. Brekke took his talent for art and technical drawing with him to the Front in 1916 and 1917, his sketch book of impressive drawings give an enigmatic insight into the people he met, fought with and fought against, as countries across the globe clashed in its first world war. 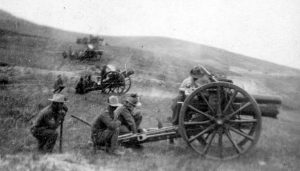 British Artillery during the Salonika Campaign – 1915-1918

Unusually, the images of the men’s faces he depicts are not only those of soldiers from Western Europe caught up in the horrors of trench warfare in France and Belgium, but those from the Balkans, Greece and Turkey. 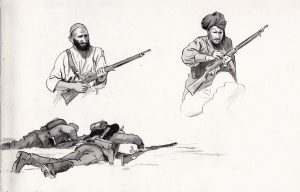 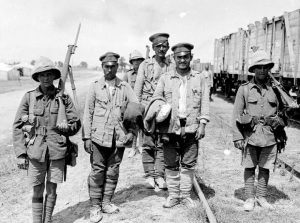 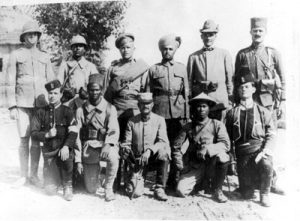 In the first Balkan War of 1912, The Balkan League had succeeded in recovering almost all European territory from the Ottoman Empire, but following the Treaty of London in 1913, Bulgaria began a second conflict against its neighbours, dissatisfied with its share of territory, adding to the existing de-stabilisation of the region. 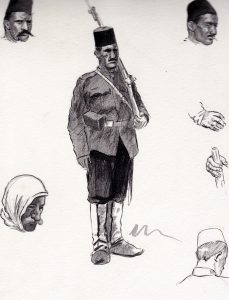 The emergence of new “freed” nations, and the growing nationalism it produced, was a critical factor in the outbreak of the First World War in August 1914, which followed the assassination of the heir to the Austria-Hungarian Empire, Archduke Franz Ferdinand on 28th June, by nationalists in Sarajevo, Serbia.  As Austrian and Germany took action against Serbia, existing international defence treaties were triggered, leading to a general war between the “Central Powers” of Germany, Austria, Bulgaria and the Ottoman Empire against the Allies of France, Britain, Russia, Serbia, Montenegro and later, Italy and Greece. 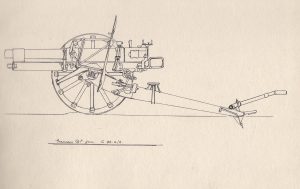 Following the retreat of the Serbia Army, which had initially held out against the Austrians, Germans and Bulgarians, troops from the Anglo-French “Allied Army of the Orient” landed at Salonika (now Thessaloniki) in northern Greece on 5th October 1915, at the start of what was to be known as the “Balkans Theatre. The Allies began a protracted action, including trench warfare, and conditions were harsh in the remote regions with minimal resources and extremes in temperatures from freezing to intense heat. Disease was rife. At its peak British forces alone numbered over 200,000 men. 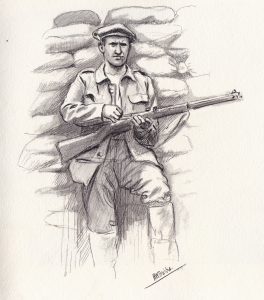 A soldier with a British SMLE .303″ rifle – the extreme conditions meant that strict uniform regulations in action were not necessarily upheld. 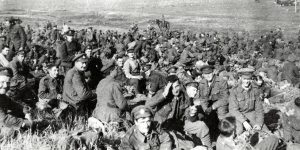 Greece, recently freed for the first time from the Ottoman Empire, joined the Allies in 1917 and by September of the next year Bulgaria was forced to surrender leading to the liberation of Montenegro, Albania and Serbia. 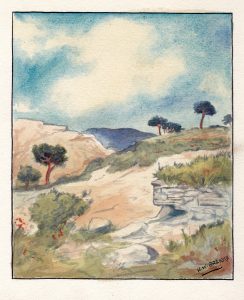 Different drawing styles – this water colour of the Balkan countryside

Who was the artist – H.Wm. Brekke?

The only evidence we have is the signed drawings and name written upon the first part of the sketch book. Our initial researches have discovered that Brekke attended Hymers College in Kingston upon Hull. One of the most prestigious educational establishments in the East Riding, it first opened in 1893 on the site of the old Botanic Gardens of Hull and still exists today. 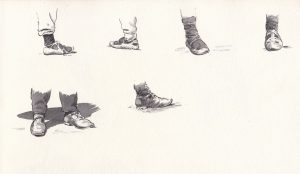 Brekke joined the college’s Officer Training Corps and left in 1911 after attaining a “London Matriculation”. He returned the next year as an “Old Boy” to take part in the debating society’s annual supper on 2nd April 1912. But the story goes “cold” until he is mentioned again in Army Dispatches printed in the London  Gazette,  where we see that H.W. Brekke was promoted from “temporary 2nd Lieutenant to Lieutenant” on 2nd September 1916 in the Royal Regiment of Artillery. By 22nd March the following year it seems the War was over for him and he “relinquishes his commission to resume his vetenary studies” and is granted the honorary rank of Lieutenant.

Did he become a vetenary surgeon? Did he continue his artistic passion? What became of him? Our research continues but if you can share any light on this young man and his exceptional artistic talent, then we would love to hear from you. 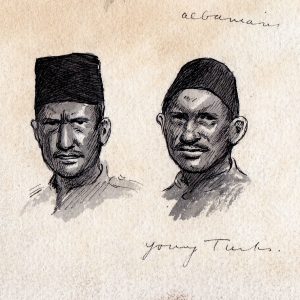 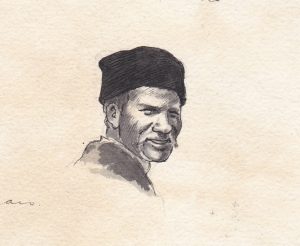